GET YOUR FREE PROPOSAL

AND GET READY FOR THE CODI DIFFERENCE Lisa founded CODI Agency in 2014, and is passionate about developing our clients businesses. She has brought her expertise to digital campaigns for Uber Eats and Uber, Lenovo Australia and New Zealand, L’Oreal, Coles Liquor, Dotti, Portmans, Moet & Chandon, and Just Jeans. Lana has worked with some of Australia’s biggest fashion brands, including Mimco and LIFEwithBIRD, managing teams of up to 150, and has created and executed key procedures to increase productivity and quality, with this experience shaping the operations of CODI. Brad is a seasoned strategist, both in organic or paid strategy, and has overseen end to end campaign management for Ford Australia, and has led the launch of several high scale sponsorships, including placements on The Block, TradeGuide and NRL+AFL on Kayo for the brand. Rachael is an experienced Digital Strategy Lead working across department development and digital strategy for our clients. She brings her wealth of experience as Social Experience Specialist at HiSmile, and Director of Marketing for an international agency to CODI. Wolfie is CODI’s top negotiator, incredibly skilled is securing pats and snacks from our team and clients alike. She works diligently to ensure the morale of the team, always making herself available for cuddles and snout boops – unless it’s her nap time, of course. Ty comes to CODI with a digital design background, and helps our social media clients communicate their key messages visually online. Strong in strategy, he is able to use data to shape the look and feel of digital campaigns and works with clients spanning government, commercial and consultancy spaces. Coming from a background in the construction, wellness, and tech industries, Alex is skilled in the creation of exceptional and tailored digital marketing strategies. This diverse experience aids her clients in highlighting their brands and organisations both to new and existing markets. Experienced in several industries, Fernando brings his experience in marketing, operations and hospitality industries to CODI. As a part of our social media team, Fernando understands the power of social media in building brand equity and acquiring new audiences through thumb-stopping content. Javed comes to CODI from a marketing/events management background, having previously organised over 360 events, including workshops attracting over 21,000 attendees, and has worked extensively in the international student employability space. At CODI, he uses this to create breakout content. Marques joins our social media team as a part of the LinkedIn team. A skilled communicator, Marques helps our clients let their personality shine online – coaching them through video shoots and communicating their key messages on their online platforms. Geena lives and breathes influencers, and is the secret weapon in connecting brands to like-minded content creators across several platforms. She has worked on influencer outreach campaigns for Dotti, Portmans, Just Jeans, Coles Liquor, Brazillian Butterfly, and Booktopia. Maxine joins the influencer team, bringing her experience from both social media and influencer management roles. Previously the Branding Assistant at Bosch, and as the Social Media and Influencer Manager at M1 Med Beauty Australia, Maxine is well versed in running successful campaigns from concept to execution. With a background in producing, writing and directing independent film and tv both locally and internationally, Tom has had several of his films screen at Mebourne’s ACMI and worked for brands such as BMW, the Melbourne Webfest and Oz Comic-Con. At CODI, he is responsible for producing and editing creative content for major brands/campaigns, including video, audio, and graphics. David is a skilled editor, bringing his talents to CODI’s wide range of clients. With a background in sound engineering, David is our podcast specialist, producing and editing podcasts for our clients, our sister agencies, and the CODI Cast. 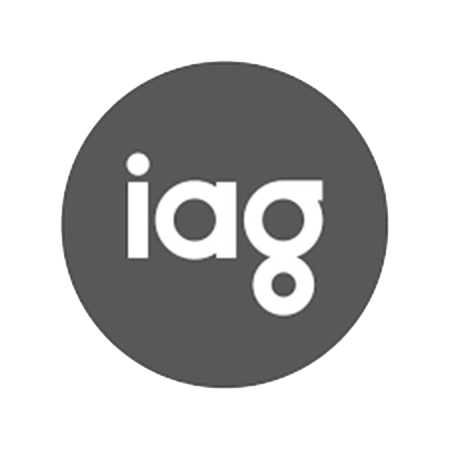 “This influencer program has been extremely successful for us at Uber Eats. I think the biggest thing for me is that it is being seen globally as a leading opportunity that we can take to other regions around the world.”